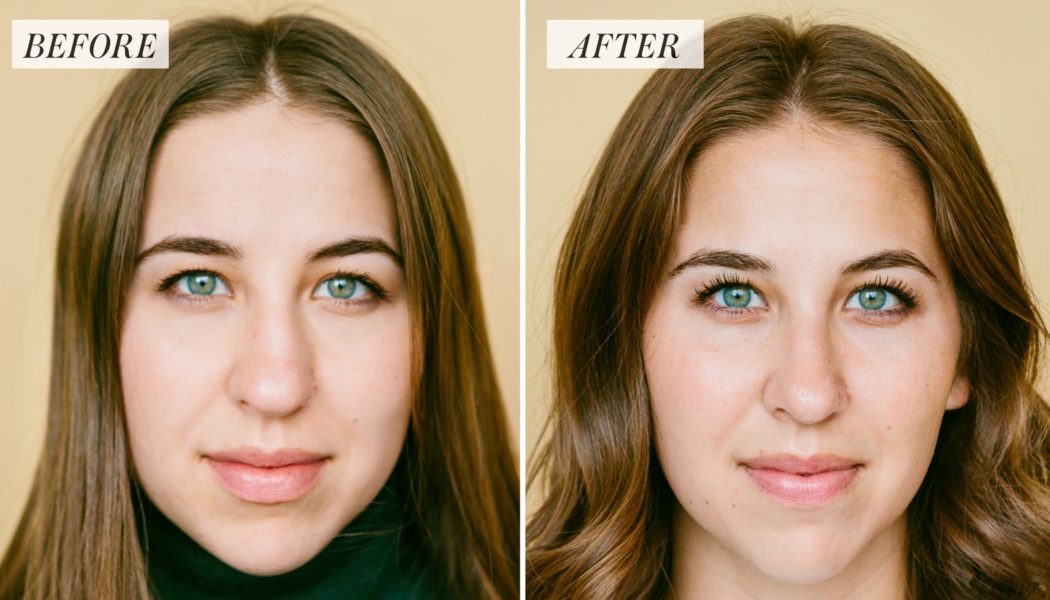 Also known as a Nose Job, a Rhinoplasty is the medical term for reshaping of the nose or corrective surgery of the nose. It is one of the most common facial plastic surgeries procedures performed, the world over. Nose surgery can be performed to change the consequence of genetics, birth defect or nasal injury. It can be performed to enhance the appearance and/or to improve nasal breathing.

Surgery can be performed to correct nasal humps, a curvature of nose-bridge, nose tip irregularities and asymmetry in the nostrils. The nasal appearance can be altered in various ways using intra-nasal chisels. Nose surgery procedures generally fall under three types: Open Rhinoplasty, Closed Rhinoplasty and Tip Rhinoplasty. Rhinoplasty is normally performed under general anesthesia and will not leave any visible scars on the nose. Before and After Rhinoplasty

You’ll be made to lay in the supine position, whilst either local or general anesthesia is administered, after which, incisions are made around the nose, depending upon the type of surgery. In case of opened surgery, your columella, the outer, fleshy end of the nasal septum is cut and other incisions applied inside the nose. While for closed Rhinoplasty, all the incisions are applied endonasally, except for the columellar incision that’s specific for an open nose job. The surgeon reshapes your nose by cutting bone and cartilage. In case your nose needs to be augmented, additional cartilage is taken from the patient’s own nasal septum, or ear if small changes are intended. Prosthetic implants can also be used. After this, the surgeon places the skin back and the incision is stitched. Nasal splints are placed inside your nose, before being bandaged.

Closed surgery leaves no scar at all as no incision is given outside the nose. While open Rhinoplasty has this advantage that everything becomes clearly visible during the surgery. Its scar also fades away after some time.

This can an inpatient or outpatient procedure, needing 1.5 to 3 hours in the operating theatre. After being moved to a recovery room, your condition is monitored, if everything’s fine, you’re discharged on the same day. Sometimes, an overnight stay is advised, usually when general anesthesia is used. You’ll be given painkillers to ease the post-surgery discomfort and you should expect to stay local for at least 10-14 days after the surgery for regular check-ups. For open Rhinoplasty, your stitches need to be removed after some days.

Closed surgery needs less recovery time while for open surgery, the pace of recovery is slow. You’re to wear a nasal splint for one week after the surgery. There will be quite severe swelling around your eyes which will gradually subside within 3 to 14 days post-op. However, nasal swelling can take up to a few months to completely subside. Avoid strenuous activity in the first 3 to 6 weeks and you can return to your normal routine 2 to 3 weeks after surgery.

Rhinoplasty can be considered one of the more complicated facial cosmetic surgeries, but given its longevity and surgeon’s extensive experience, it has a very high success rate, reported to be between 85% to 90%. Only 10-15% of the surgeries need revision, depending on the country in which you have the surgery performed in. The success rate can be even higher if the procedure is performed by a certified plastic surgeon. For a failed primary Rhinoplasty, secondary surgery is performed for which cartilage is taken from your costal cartilage, the nose is reshaped and the incision is stitched. The healing process continues for a while, and revision surgery is almost always successful. 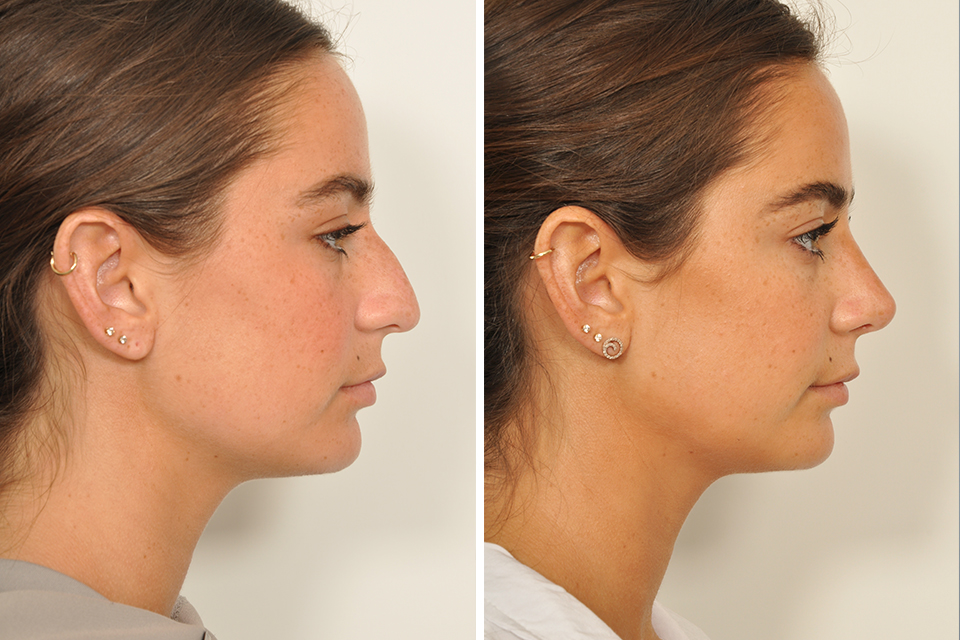 Following are the points that should be kept in mind for taking care of yourself after surgery:

Alternatives to a Rhinoplasty Procedure

Some people cannot go for surgery due to various reasons. Alternatives, such as fillers, Botox, Juvederm, Restylane, etc. can be injected into the skin of your nose to change its shape. Location is decided according to the changes that are to be made. It is a very short procedure requiring a very short visit to your doctor. It takes only 15 minutes to go through. People go for this method as it is not painful, no incision and stitches are involved.

Before and After Rhinoplasty

Before Rhinoplasty, you might not be satisfied by the shape or size of your nose. You might have respiratory problems and deviated nasal septum. Your nose might look bigger or smaller in proportion to your face. A Rhinoplasty is performed to resolve all of these problems. It reshapes your nose according to your will. The size of your nose can either be decreased or it can be augmented. The deviated nasal septum is corrected and respiratory issues are solved.

Patient reviews: The vast majority of patients are extremely happy with not only the results of the procedure but with the entire process leading up to and following the surgery.

To check prices or to book a Rhinoplasty Procedure in South Korea or anywhere else in the world, head on over to MyMediTravel now!

2020 Top Tips on Having a Cornea Transplant in Thailand

Top Facts on Having CoolSculpting in Turkey

Top Tips on Having a Dental Bridge in Thailand

Top Facts on Having Dental Implants in Thailand

Top 8 reasons to have Tummy Tuck Surgery in Turkey

Top Hospitals in Bangkok to have IVF Treatment