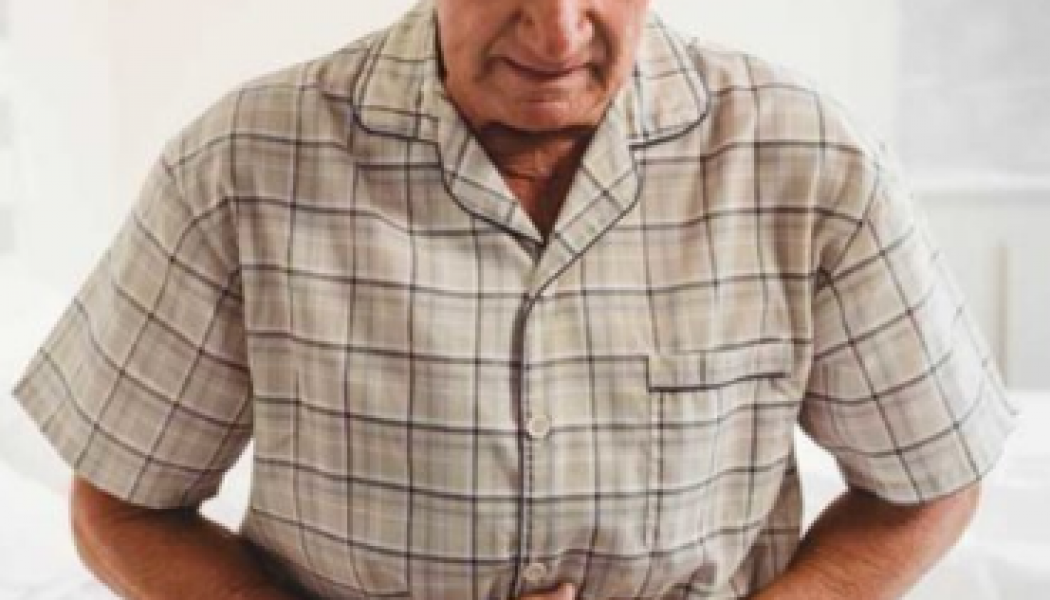 What you need to know about Stomach Cancer Surgery

Surgery is a treatment option for numerous different stages of stomach cancer, particularly in its early stages. If a patient has a stage 0, I, II, or III cancer and is generally healthy enough, surgery often offers the only realistic chance for cure.

The aim of surgery is to remove all of cancer in the stomach while keeping as much normal tissue as possible. In some cases, some nearby tissues and lymph nodes may also be removed, depending on the stage and type of stomach cancer. Sometimes the surgeon may need to remove other organs as well. 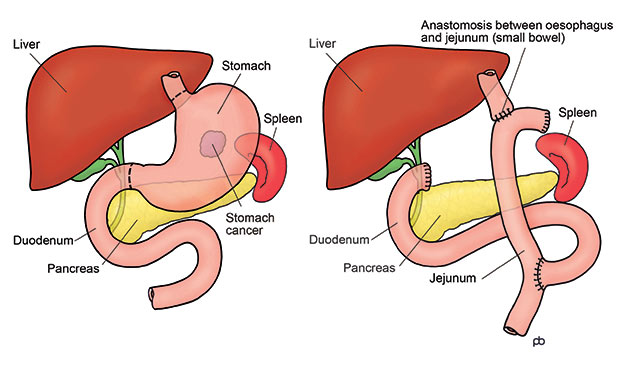 Cancer of the middle and upper parts of the stomach

What does the Procedure Involve?

There are several different types of surgery for stomach cancer. The type of surgery you have will depend on the type and stage of your cancer, as well as its location in your stomach.

Endoscopic resection is used to treat very early-stage tumors that have not spread from the stomach walls. The goal of this procedure is to effectively remove the body of stomach cancer. For some people, this type of procedure is the only treatment needed.

During this procedure, no incision is made in the skin. Instead, your surgeon inserts a flexible tube with a small camera on its end (called an endoscope) through your mouth down into your stomach. Through the endoscope, surgical tools are passed to remove all cancerous tissue and some of the normal stomach wall around it.

Gastrectomy is carried out to remove part or all of the stomach while leaving as much healthy tissue as possible. The goal of the surgery is to completely remove cancer from the stomach, as well as the nearby lymph nodes. Gastrectomy is commonly performed on those whose stomach cancer has advanced. There are two types of gastrectomy:

A gastrectomy, both subtotal and total, can be performed in three ways:

Placement of a feeding tube

After stomach cancer surgery, some patients experience trouble taking in enough nutrition. Other treatments, such as radiation therapy and chemotherapy can make the problem even worse. To help you take in enough nutrition, your surgeon can place a tube into the intestine during gastrectomy. The end of this tube remains on the outside of the skin. Through the end of the tube, you can put liquid nutrition directly into the intestine, preventing, and treating malnutrition.

How Long Should I Stay at my Destination?

Your length of stay depends on the type of surgery you underwent. In general, you need to stay in the hospital for a few days. Plan to stay in the area for at least 7 days for initial recovery and follow-up checkups.

The recovery time can vary, depending on the type of surgery and the technique your surgeon used. After endoscopic resection, many patients are able to return to work 2-3 days after surgery. For gastrectomy, it generally takes around 4 to 6 weeks until you can resume your normal routine, including work. However, if your doctor uses the laparoscopic technique, the recovery period can be shorter.

Your surgeon will give you a set of post-operative instructions that you need to follow. These include wound care and medications to take. You may need to attend regular follow-up checkups to ensure cancer has not come back.

After stomach cancer surgery, you may need to change your diet and you’re eating patterns. You need to eat smaller, more frequent meals instead of three big meals a day, particularly after total gastrectomy. Your surgeon will advise you to eat a low-carb and high-protein diet to help you feel better after eating.

As with any major surgery, stomach cancer surgery has risks and side effects. These include bleeding, infection, and damage to nearby organs.

Are there Alternatives to Stomach Cancer Surgery?

In many cases, surgery is necessary to treat stomach cancer, so there are no other alternatives. However, your doctor may recommend radiation therapy, chemotherapy, or targeted therapy instead of surgery, but it often depends on the stage of cancer you have. These types of treatments are usually needed along with surgery.

What Should You Expect Before and After the Procedure

Stomach cancer can be life-threatening and cause uncomfortable symptoms. After surgery, the symptoms you felt before should be gone and the chance of your cancer spreading to other organs is reduced. In some cases, you may also be put in remission, meaning no cancer is found in your body.

For an in-depth analysis of a Stomach Cancer Surgery Procedure, watch this short video.

To check prices or to book a Stomach Cancer Surgery Procedure, in Thailand or anywhere else in the world, head on over to MyMediTravel now!